Hailing from Madrid, Some Too Suspect began his dj career mixing vinyl back in 2006. Over the years he has performed at venues such as Areia Colonial Chill Out, Lola 09, Marula Cafe, Cafe La Palma, The World’s Bar and many more. His music has also taken him to perform at international festivals and events such as the Chillarock Festival, ESN Belgium Festival and Cafe Uilenstede, Amsterdam.

As an electronic music producer, he has released music on international labels such as Moodyhouse, Groovy Riddim, One Track Mind, Dustpan and Droorshouse.

Keep a look out for the debut release of Some Too Suspect on Dustpan Recordings titled “Jailer Times” EP which will be out worldwide this May 28th, 2020 – now available on exclusive pre-release at Traxsource. 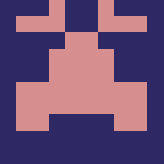